About 20 minutes north of Shinjuku by train hide a small area called Jūjō (十条). This small town is actually a hidden treasure for ramen, believe it or not. With three of the top ramen shops in Tokyo in this area, I had to pay a visit myself. My first stop, Honta Men Toroko. 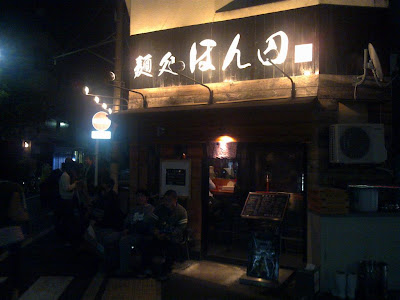 Even arriving pretty early one night after work, there was already a line outside. To my surprise, since Jūjō isn't exactly like a very populous place, I was amazed that there was a line, no matter how high it is rated. 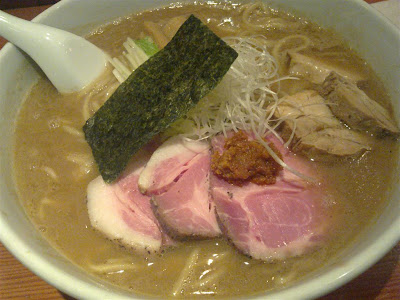 My taste for tonkotsu gyokai (豚骨魚介) forced me to order their tokusei version of this ramen. The soup was very thick (濃厚), but more so than anyone I have ever tasted. As you can see with the picture, this soup was going to pack a serious punch of sodium. 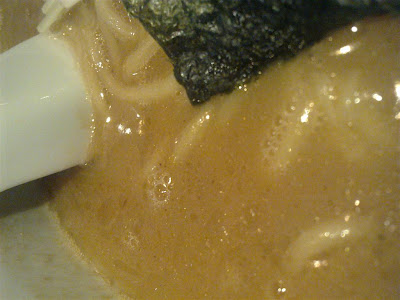 The tamago was a bit disappointing here. Dried out and overcooked. 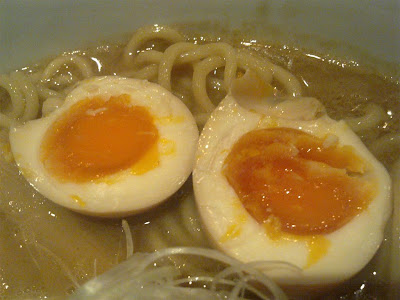 What makes Honta special here is that they give you two styles of meat. One is a very dried charshu. 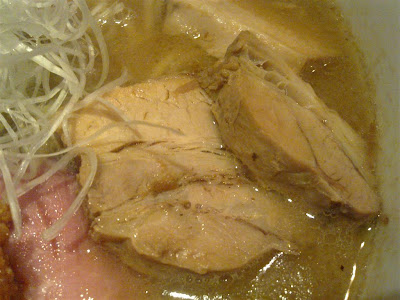 The other being a smoked duck, which was a very different, but nice touch. Enjoyed that very much! 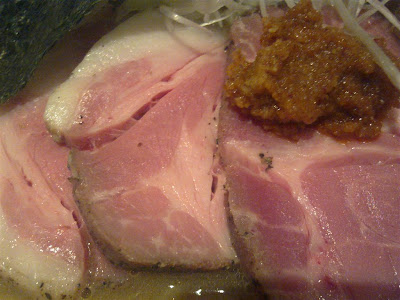 And the noodles were the highlight here. Nicely cooked, very chewy, definitely helped catapult the shop to the top tier of ramen shops in Tokyo. 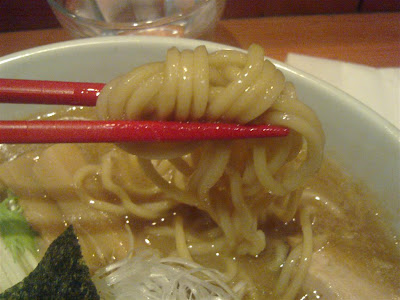 At the time this review is written, Honta was rated #5 in ALL OF JAPAN according to ramendb. It's definitely a quality bowl of ramen, but a little too powerful for me as far as flavor, and I like my food on the heavy side. I went with a friend from Taiwan and it definitely was too salty for her. The quality is there for sure, but the taste may not be for everyone. They offer a shio version, and it was rated very high by many reviewed on ramendb. There is now a shop at Tokyo Ramen Street, which isn't rated as high, but I would say it shouldn't be that far off. If you can't make it to Jūjō, head to Tokyo Station and give it a try. You might find me there waiting in line to try their Shio ramen.